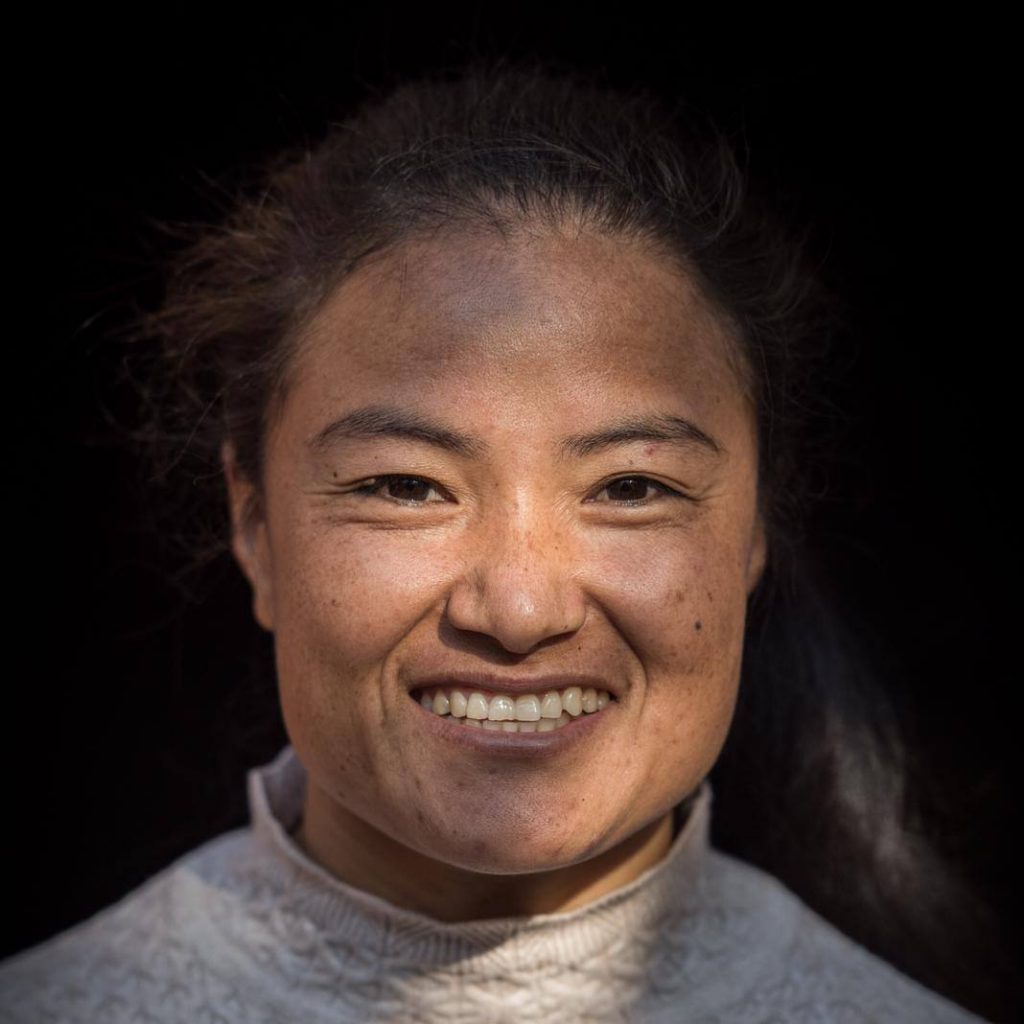 Chhechi Sherap Rai is originally from Solukhumbu, near Everest. She currently lives in Kathmandu with her husband, a mountain guide, and their young son. Chhechi dropped out of school after 9th grade to take up work as a housekeeper. However, she always dreamed of participating in the Everest Marathon, and finally achieved this ambition in 2011.

Since then, Chhechi has taken breaks from her work to train as a runner. Her many accomplishments include recent wins at the Everest Trail Race and Annapurna Mandala Trail. Perhaps most impressive, she was first female finisher and third overall at the 2017 Great Himal Race, a staggering 1,800km traverse of the Nepal Himalaya. “Before this race, Nepali people did not take me seriously. They did not believe that a woman – particularly after giving birth to a child – could accomplish such a feat. But since I completed the race, they look at me with respect. I feel proud.”

Chhechi is keen to become a professional runner and travel abroad to broaden her experience. She also wants to complete her higher education for which she has enrolled herself in a school for the women who could not continue their study because of the different reasons in their early age. 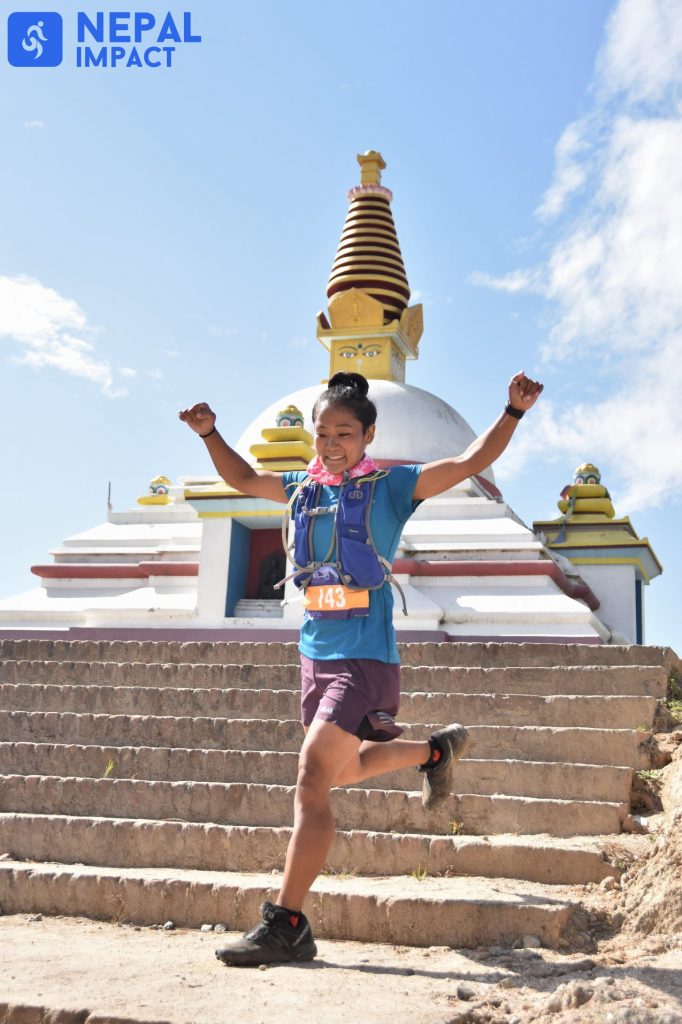 Chhoki Sherpa is from Okhaldhunga, a village in the East of Nepal. She moved to Kathmandu in 2016 and currently works as a full-time housekeeper. After moving to Kathmandu, Chhoki met Chhechi, who introduced her to running. Despite Chhoki’s relative lack of experience in the sport, she has already shown great potential, including an impressive second-place finish at the Annapurna Mandala Trail 300km stage race.

Chhoki’s ambition is to improve her running, and gain more experience in racing. The program will enable her to leave her job and train full-time, giving her the opportunity to develop her potential. 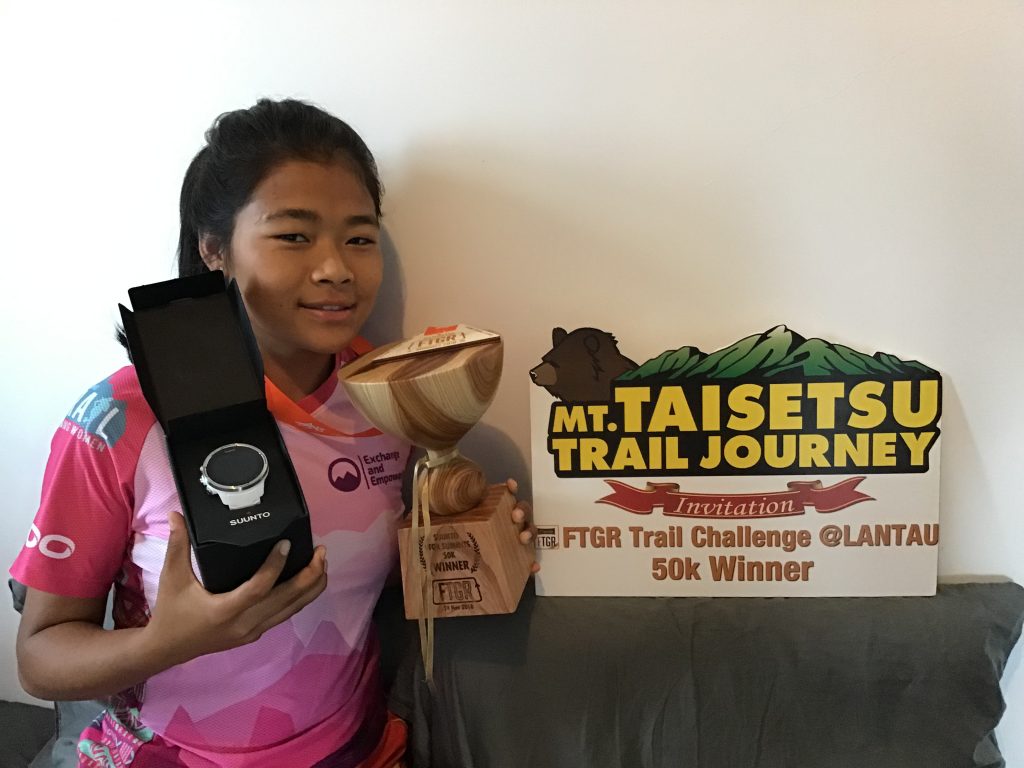 Humi is from a small village in the midwest of Nepal. Her father moved to Kathmandu to study education, and also had some success as a runner, earning money in races to supplement the family’s low income. Encouraged by her father and his coaches, Humi started running road races, but turned to trail running after meeting Mira.

Humi’s first trail racing experience came in the 2017-18 Kathmandu Trail Series, where she finished first or on the podium in a number of races. She is also a keen cyclist, and came first in the 2017 Nepal National Duathlon Championship. In January 2018, Humi travelled abroad for the first time to run in the inaugural Gurkha Trailblazer in Hong Kong. She finished first in her age category and second woman overall.

As well as sport, Humi is focussed on her education. She has a great passion for learning, and plans to continue studying as well as training. “I would like to continue college and get trained as a coach so that even if I cannot participate in international races, I can teach other students to run and support their athletic interest.” 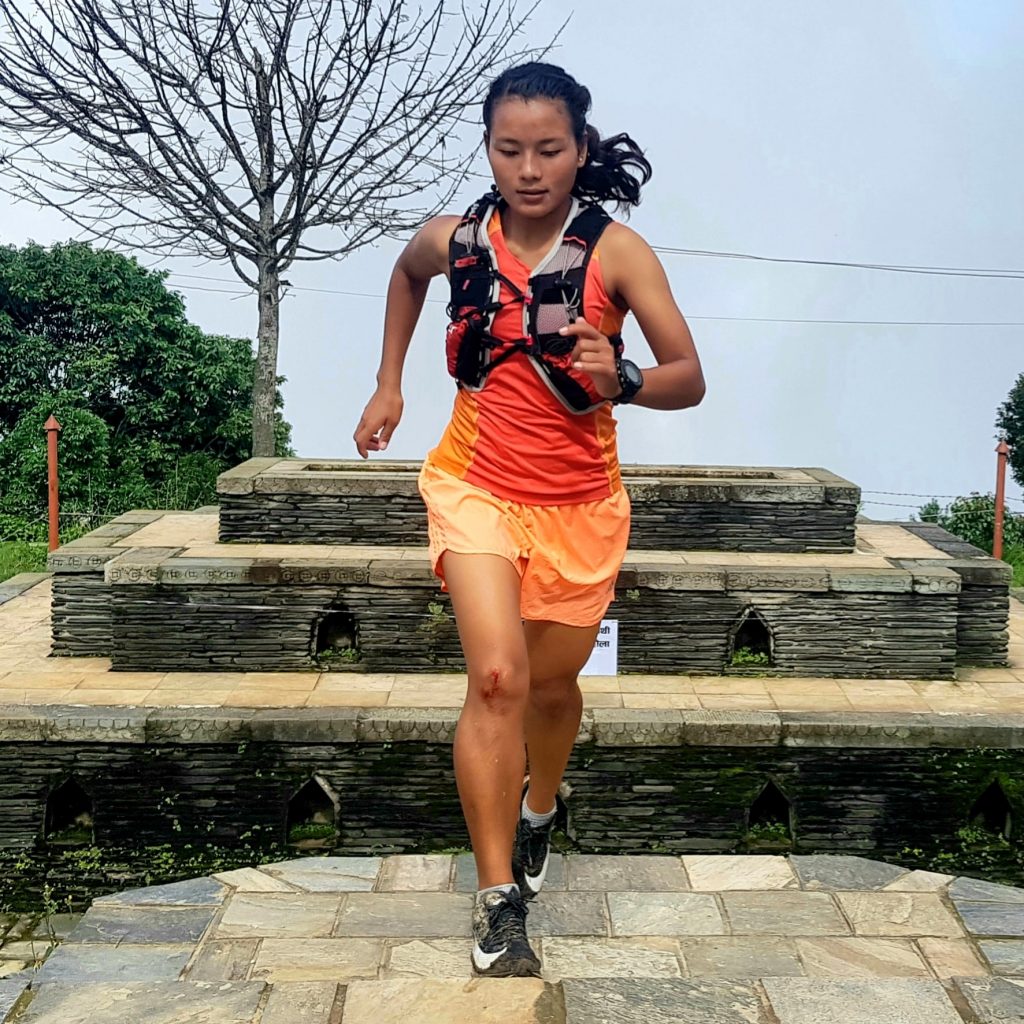 Rashila Tamang is from a small village near Kathmandu. Her father died when she was 5, and her mother had to stop working due to asthma, so Rashila started working fields at a young age. She would cut grass and harvest crops, sometimes carrying up to 70kg on her back.

Seeking greater opportunities, Rashila moved to Kathmandu in 2015. She met Mira that year at the International Women’s Day 5km race – she came second, and Mira first. Since then, she has achieved impressive results in a range of distances, including 6th place in the 2017 Annapurna 100 50km race and 2nd overall in the 2017-18 Kathmandu Trail Series. She has also finished 4th female in two stage races organised by Trail Running Nepal, the Manaslu Trail Race and the Mustang Trail Race.

Rashila is self trained, and feels that running has opened up new prospects for her future. Through her connection with Mira, she has also started coaching school kids. “Since I started participating in races, I have been given so many opportunities. It is far better than carrying grass in the fields. I want to become an internationally acclaimed athlete, and train other interested runners too. Maybe I can also become like Mira and make a name for Nepal in other countries.” 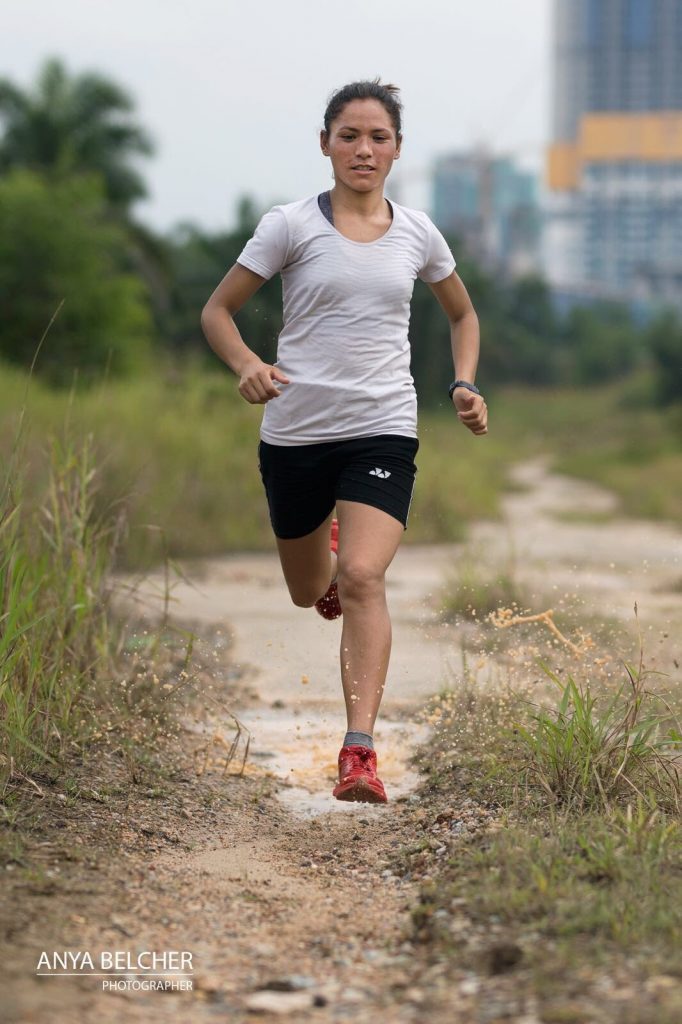 Sunmaya Budha is from a very poor, remote village in the Jumla area. Her family are farmers, and she grew up tending cattle while taking care of her younger siblings. Sunmaya’s home is two and a half hours’ walk from the nearest school. As such, she was unable to attend regularly when she was younger. Two years ago, Sunmaya was recognized by Coach Hari Rokaya of Karnali Sports Club as an exceptionally talented runner. She was invited to stay at Coach Hari’s home, which has helped immensely with her schooling and training.

Sunmaya has participated in several local trail races in Nepal, winning the multi-stage Mustang Trail Race two years in a row. With Mira’s help, she has made an impressive start on the international scene, taking 2nd place in the 2016 Hong Kong MSIG Lantau 50km, 7th place in the 2017 Marathon du Mont Blanc 80km, and 1st place in the 2018 Gaoligong by UTMB 57km. Despite this, Sunmaya is not yet a sponsored athlete, probably due to her lack of English skills.

Sunmaya wishes to continue her journey to become a professional ultra runner. She hopes to challenge 100km and greater distances and relishes the opportunity to run as part of a team.