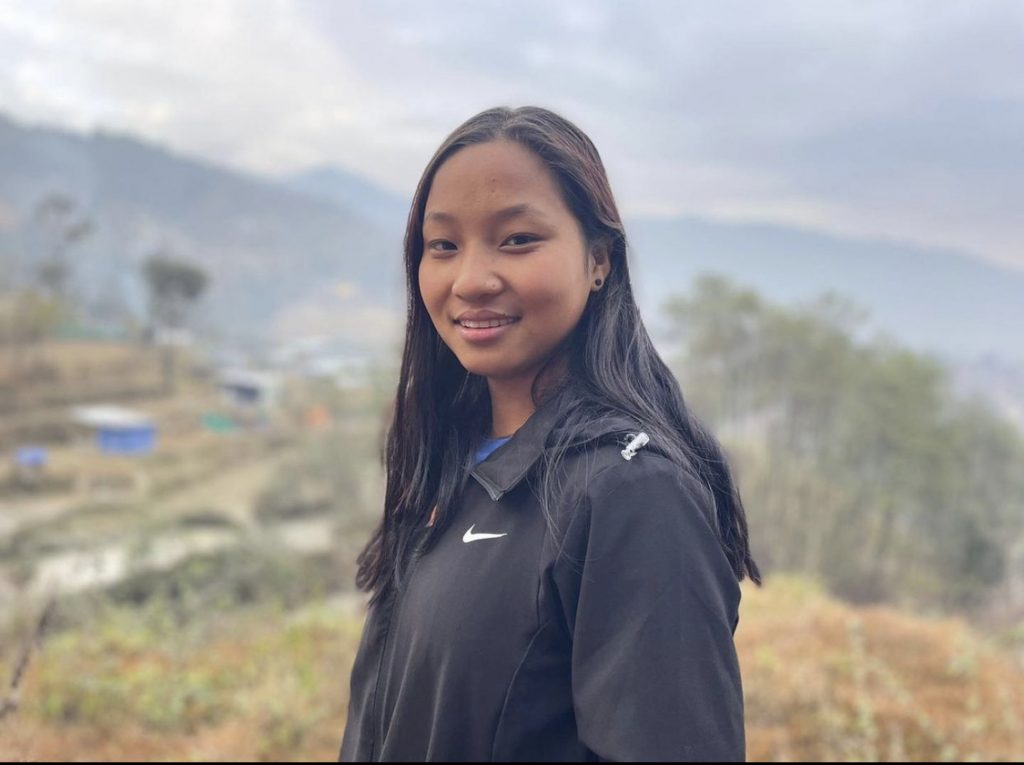 Anisha is a 19 year old from Urlabari, Morang. She has completed her plus 2 from her village and is currently enrolled in a Bachelor’s degree in Business Studies. Anisha has always been very passionate about sports since she was very young. She started participating in school races and was noticed by runners from her village who motivated her to pursue opportunities to participate in local races as well. Her father has always been passionate about sports and he encouraged Anisha to fulfill the unaccomplished dreams that her father held. Now she doesn’t want to look back but financial problems have been a hurdle for Anita and her family to cross through. Inspired by Mira Rai, Anisha is driven to become a successful athlete, representing Nepal around the world and supporting young athletes in the future. She believes the program will help her to achieve her goal and fulfill her father’s long lost dream. 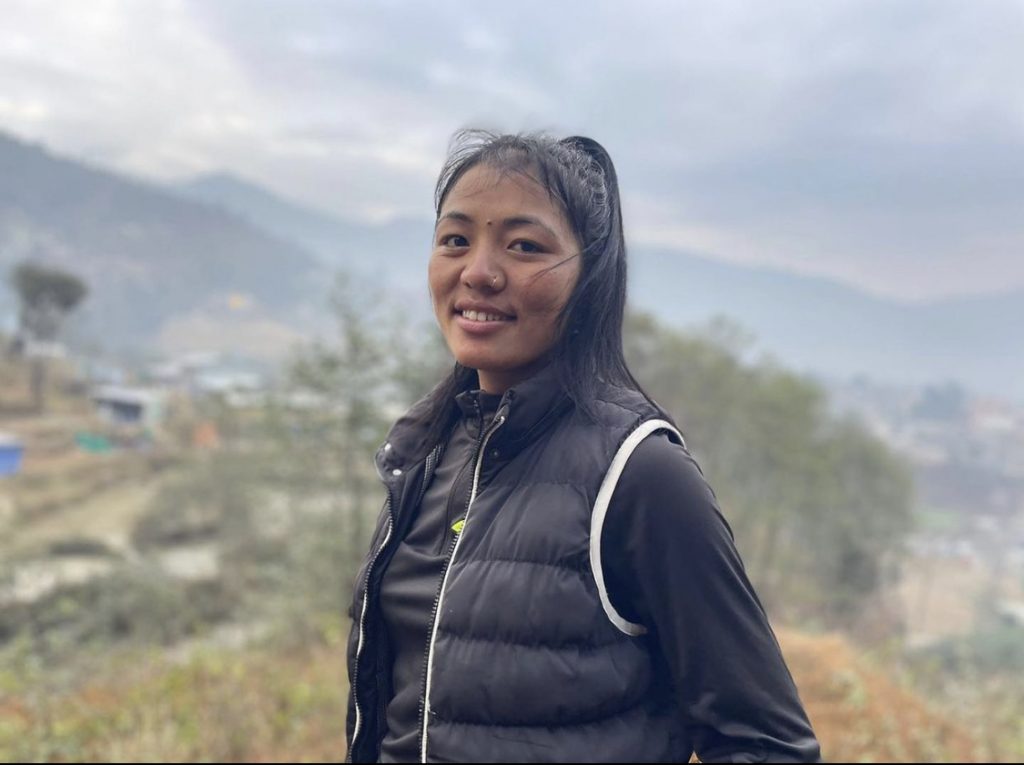 Padam, a high school graduate from Okhaldhunga, is 21 years old, a young and shy girl. Padam  participated in her first race by chance when one of her uncles registered her in the race without her knowing.  The first race is where she saw five young girls just like her who wore pink jackets and were huddled together. One of the girls had won the race and she was even more curious to know about the girls. Although she couldn’t take part in races outside of Okhaldhunga, her curiosity to know these girls led to being passionate about running. She came to know about the Mira Rai Initiative and what it does and worked hard to be noticed. Padam moved to Kathmandu to pursue her passion, and worked hard for a year to apply for the program. Her passion for trails is what she says has brought her today to MRI and becoming a part of the team. She is motivated to learn and shows great potential! In future she wants to become an ultra trail runner and contribute back to her community by supporting and inspiring girl athletes like her. 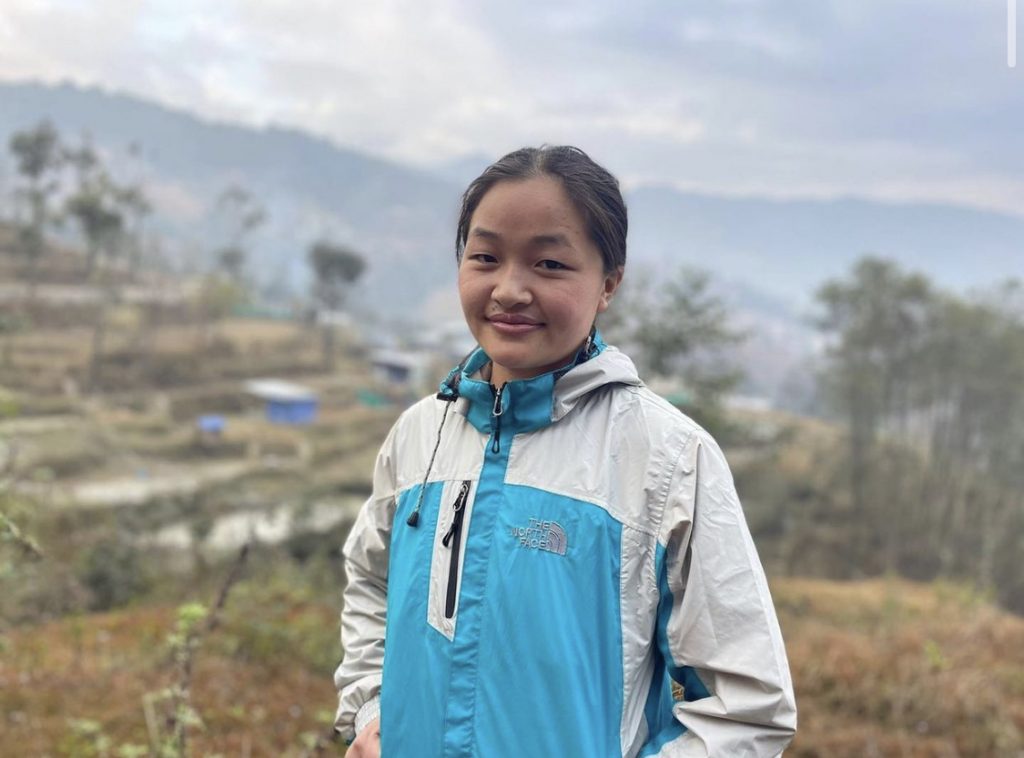 Sabina is our youngest, 18 year old athlete from Solukhumbu. She finished her school from her village back in Solukhumbu and is currently waiting for her grade 12 results. She is currently living in Kathmandu with her brother and sister, working as a cook in a restaurant. Her parents are farmers so are financially disadvantaged Sabina began working in a restaurant as a chef to earn money for college, and ran with the trail running fraternity in Kathmandu to build her network in this sport. She knew that she had to meet new runners and build her skills in order to pursue trail running professionally. When nothing seemed to go her way, she applied for the British Army but due to the height criteria, she was not selected. However, she didn’t give up on her dream to become a trail runner. She took part in several races, including a win at the Himalayan Outdoor Festival (10km) and continued running with runners around Kathmandu. While she was running, she used to notice girls running together, and made her curious as others. She asked around and she came to know about MRI. Sabina realized that this is where she can make her dream come true. She hopes to benefit from training with Mira and the team, and gain knowledge and skills to ensure her financial future and become an athlete like Mira Rai.

Srijana Kulung, currently enrolled in college pursuing Bachelors in Education in Kathmandu, is a 21 year old girl from Solukhbumbu. She was captivated by her brother, Arjun Rai, an ultra Trail runner who introduced her to Trail Running as a sport. Following her brother’s steps, Srijana started participating in various races. After winning her first race, she knew that she wanted to continue trail running and thought of pursuing it professionally. Growing up in a small village with very few opportunities, she was not exposed to women in sports. When she started running, she saw Mira Rai on the TV, and got very inspired by Mira Rai’s story. Srijana not only aspires to become an outstanding athlete but also hopes to defy societal norms and gender stereotypes. Moreover, Srijana wants to use trail running as a platform to empower young female athletes belonging to marginalized and disadvantaged communities and to give hope about sports and being an athlete.