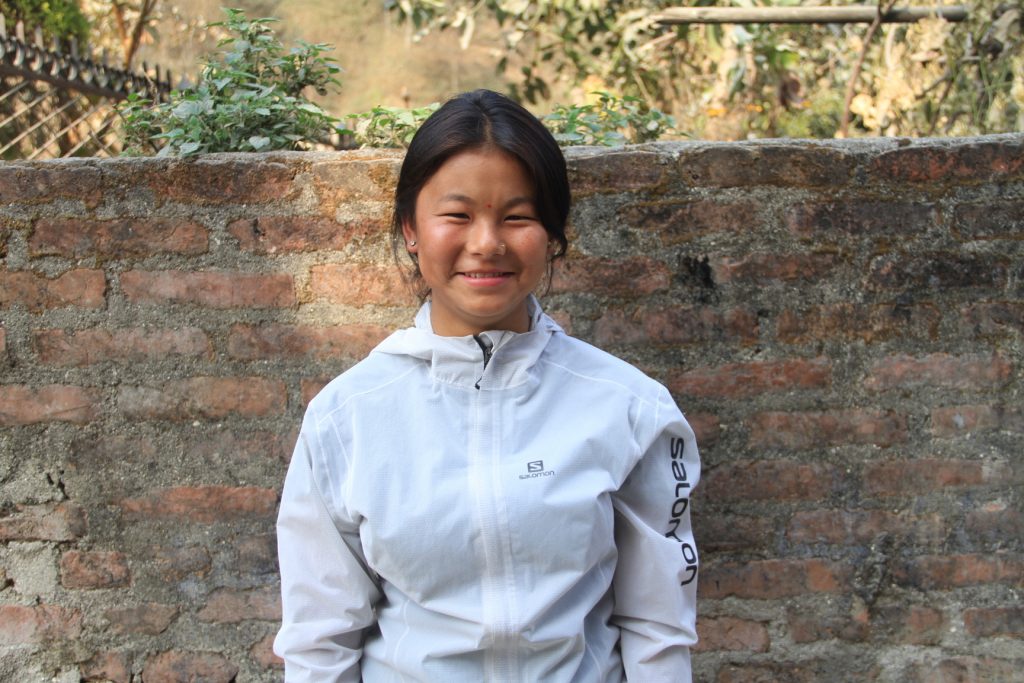 Amrita Rai being 16, is the youngest among our athletes of Empower and Exchange Program 2021. She comes from a small village of Bhojpur and grew up in a big family. Providing for a big family was and still is a struggle for her parents hence they were not able to provide for her education. She could not afford uniforms so she was often not given permission to stay in classes, which was one of the reasons she stopped going to the school.

Currently she studies in 5th grade and wants to complete her education. She fears this constant financial struggle of her family would lead to her marriage as the solution. But her dreams are bigger than that which is to become independent and do greater things in life.

Amrita had always looked up to Mira Rai as her inspiration. She feels that she can run like her and achieve her dreams. She feels really lucky to have been selected for this program and be able to live with Mira and other runners from whom she is learning new things every day. 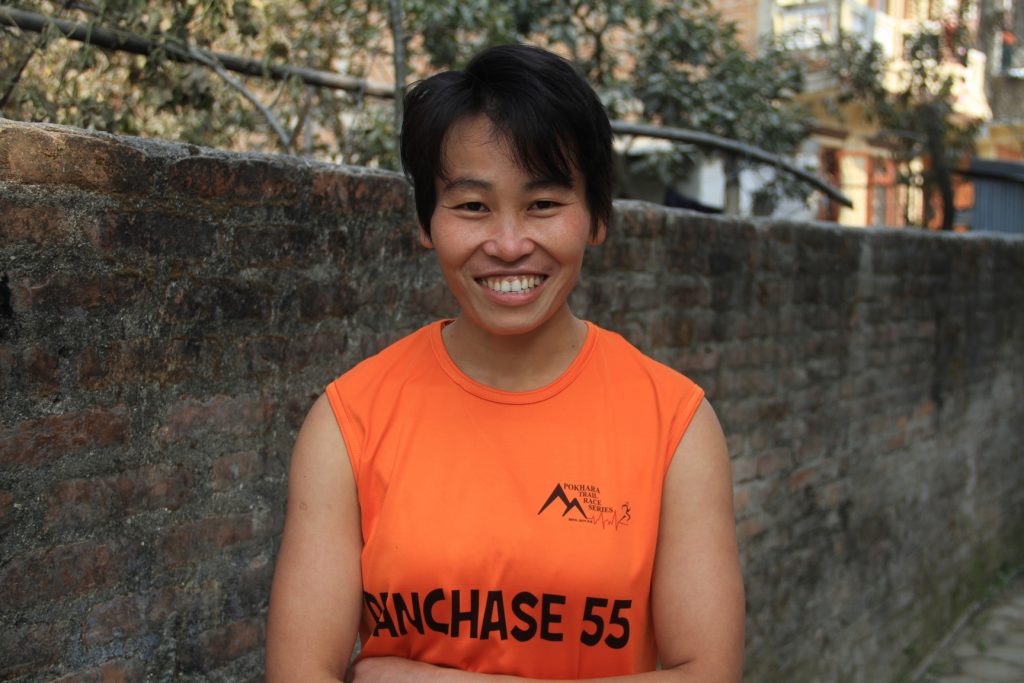 Anita Rai is 32 yrs old and also comes from Bhojpur. She also has a big family and so was only able to study till Grade 5 because of the financial limitations in her family. To make ends meet, she left home and moved to Pokhara and started her career in trekking back in 2008 from Three Sister Trekking Agency. Ever since, her love for adventure has been growing. She has travelled to many places in Nepal, made many friends from all over the world and even learnt speaking in English.

Even though she came to know about running accidently, she started running as a hobby. Unable to find time to train, she was not able to fully take running professionally. The point where she realized that running was everything was when Anita was also able to secure 1st position in Annapurna 100k of Golden Trail Series in 2019 in the Women’s category without any training. “I couldn’t find time to train for the race but I was travelling and trekking in so many places that when I ran for the 100k, I think that was enough for me.”

An introvert and shy Anita feels like it is never too late to work for something that you love, which is why she left everything behind to pursue her dreams in running. 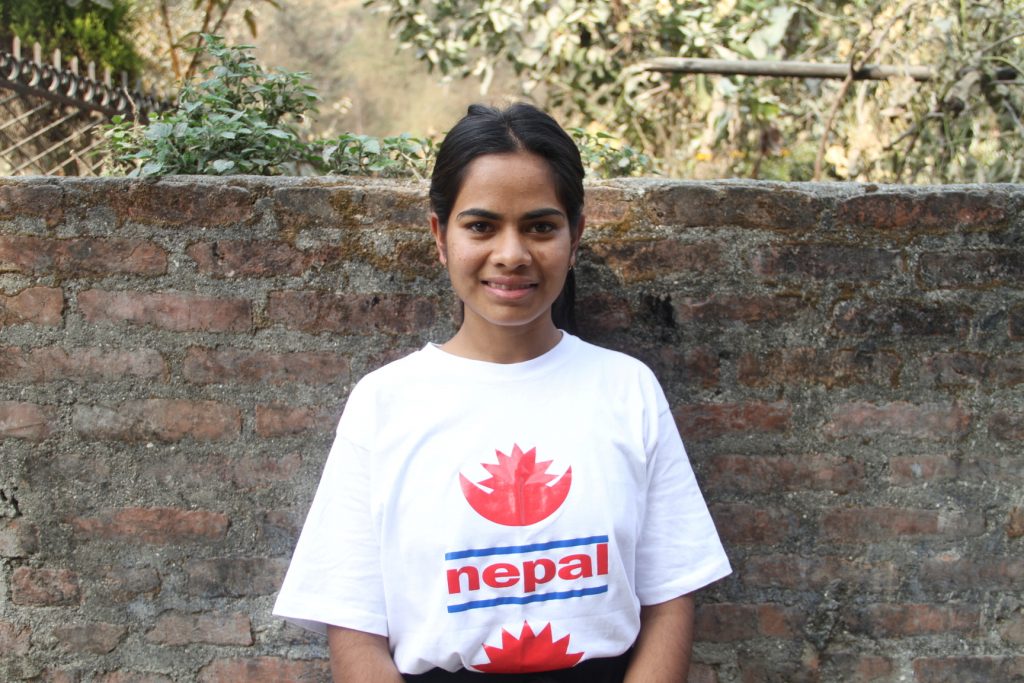 Ashma is 18 years old and is originally from Rolpa. She lost her mother in a very early age but her elder sister has always been like a mother to her. Since she belonged to a marginalized community of Dalits, she was deprived of education during her early years. She still remembers how her classmates and seniors used to tease her calling her the girl from the “tallo jaat” (Lower class).

Ashma came to Kathmandu with her sister to study but because her sister could not afford to put all her siblings to school, Ashma sacrificed herself to let her younger brothers and sisters get proper education. Unfortunately she was exploited and became a victim of commercial sexual exploitation as a child. She was rescued by a local organization called Shakti Samuha which helped her to escape from it and provided guidance for her rehabilitation and reintegration in the society. She was able to continue her education (now in Grade 7) and has been able to look at life positively.

Ever since she was given the opportunity to explore her interests and passion, she has come to love sports a lot. She really enjoys all outdoor adventure sports like wall climbing and rock climbing and is also really good at it. She was also learning Karate and was taking training to become a Trekking Guide. She is very happy to join the program and is learning and improving her skills in running every day. 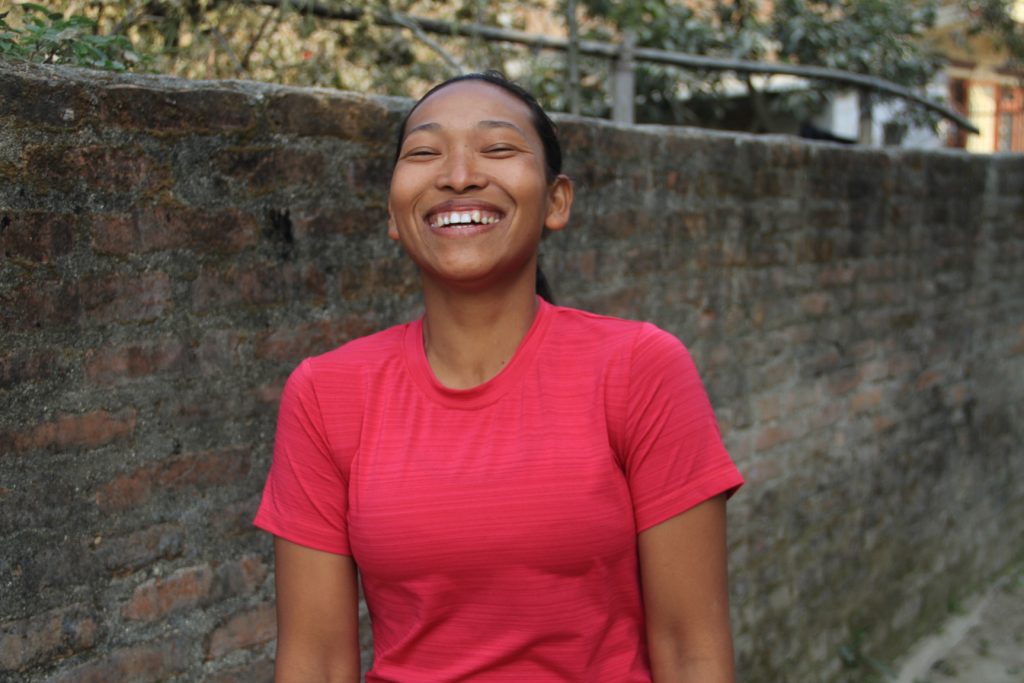 23 years old Nitu comes from a small and remote village of Sindhupalchowk. As the eldest daughter, she always used to help her father with all the house chores, from working in the fields to feeding grass to the cattle and so on.

She says that she always looked out for opportunities to support her family. So, when asked by her village relative that they will send her to school to take care of their young child, she didn’t hesitate. She came to Kathmandu at a very young age but all her life she feels like she was living under someone’s control. She couldn’t passionately fulfill her desires and pursue her dreams; one of which was running.

She came to know about running when she heard about Mira Rai on the radio one evening and was desperate to run like her. Nitu ran her first race without any shoes and came second. For every other race she knew, she used to give her savings of Rs.500 to one of her friends who registered her to the races. She would mostly turn out to be a winner. Even though she was doing great in running, she was restricted mostly by financial matters and her duties to the home where she was working as a housekeeper.

Now that her potential was realized by the Mira Rai Initiative, she is happy for being able to concentrate on her running professionally. She wants to become independent and pursue her Bachelor’s degree as well. 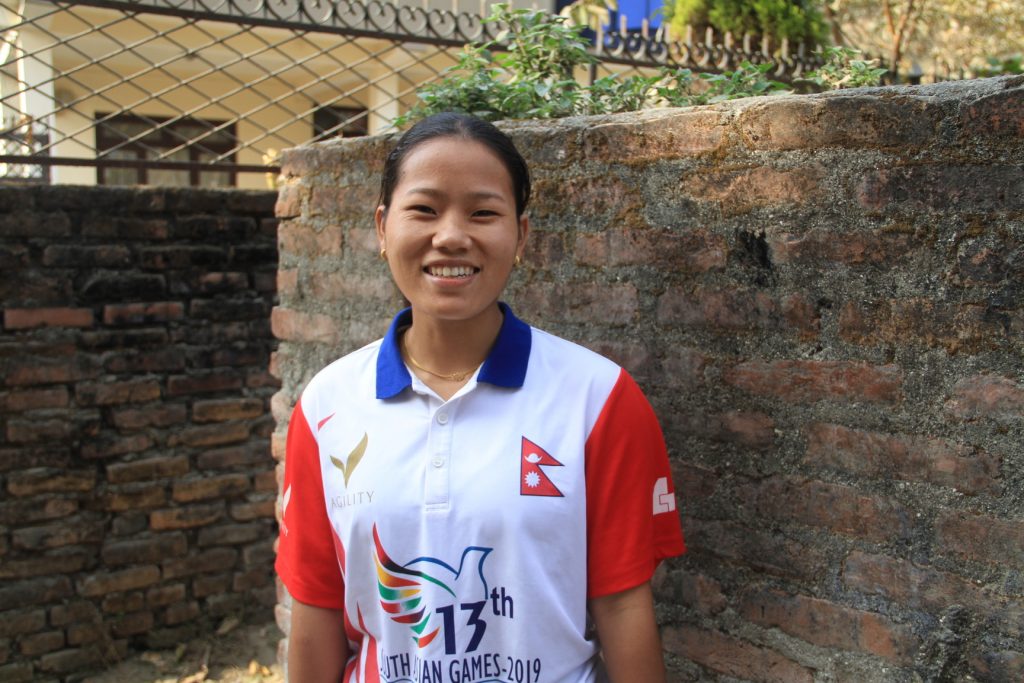 Nikki Bella, an American wrestler was Indrakala or Nikki Nembang’s inspiration in the early days. She admired her so much that she also wanted the same name as her, which is why now she is rather known as Nikki to all. Nikki is originally from Panchthar but moved to Dharan at a very young age to live with her aunt and study. Her love for running came from a challenge she took at a young age when she was body shamed by her friends for being overweight.

Nikki says that she was always brave and curious about things around her. She still remembers how she was to go up to Mira and speak to her in one of the biggest races that happens in Dharan city every year. She was motivated to be like her, so now at 22, she believes she is living her passion. She is also an avid cyclist who has represented her country in China once and in South Asian Games 2019 in Duathlon.

Apart from making other people laugh, Nikki also loves to swim and travel. Being an outspoken and adventurous person, she aims to receive a trekking guide license and explore her country. She wants to become a strong independent woman and contribute back to her community. 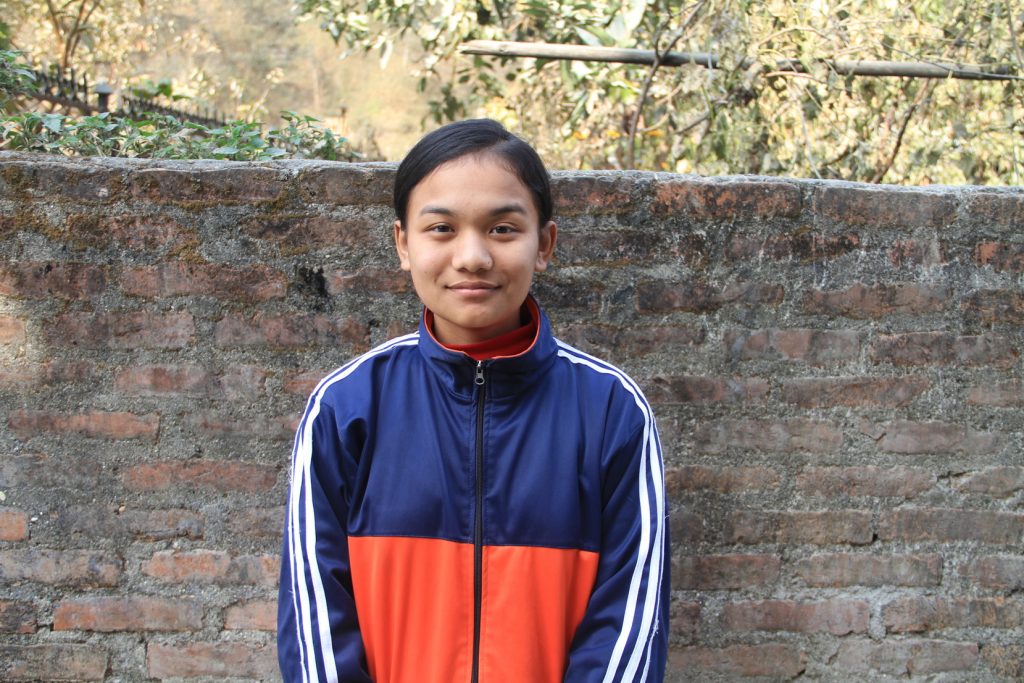 Rachana Rana Magar is originally from Pulkharka, Dhading but currently resides at Gongabu, Kathmandu with her parents and two younger brothers. As the eldest daughter, she used to cook, feed, bathe and send her brothers to school every day because both of her parents were working really hard day and night to put food on the table.

Rachana’s interest in sports came as she saw a few senior girls in her school playing karate. She was discouraged by the coaches to join karate because they thought she was better suited for kabbadi. She tried out kabbadi, and even won a few games for her school but she realized that she will do better in running when a senior brother told her about Mira Rai and to try out a few races that were happening at the time in Kathmandu. She met Mira and her interest in it grew ever since. It has only been a year since she has been taking part in trail running but she has achieved some great results. “Mira Rai Initiative believed in my potential and gave me this amazing opportunity, so I will do my best to learn everything that I can.”

A keen anime lover, Rachana is 19 years old now and passed out her high school education in flying colors recently.