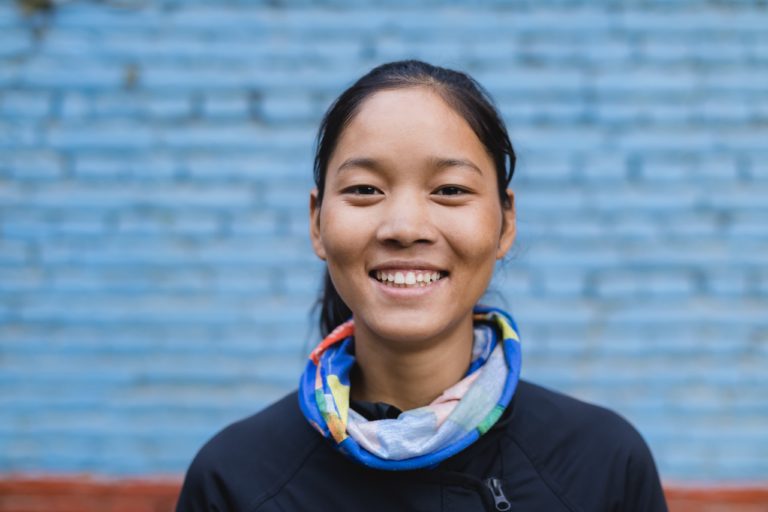 Growing up in a big family in Bhotang, Sindhupalchowk with 4 sisters, 2 brothers, parents, sister-in-law, and niece, it only makes sense to see Lam Butti spend her time mostly with her younger sister Khendo, who is also a trail-runner. Her journey in running started in Grade 6 when she was selected for the Presidential Running Shield in her school by default as her sister Khendo Lama was already participating in the race. Oddly enough, the teachers thought the elder sister (Lam Butti) ought to participate together with Khendo. Ever since then, she has been participating in various school races such as 800 m, 1500 m races, and eventually 10 km race in Grade 10 and has been running.

Lam Butti did not care as much about running when she was in school as she does now. She feels that she was young in school and looked at running as a recreational activity but now she takes it more seriously. She trains herself and also with other runners who are more seasoned than her whenever she gets a chance. Lam Butti has recently enrolled for her Bachelor’s degree in Social Work and is juggling with college, training, races.  Apart from running, Lam Butti also likes to play football. In her leisure, Lam Butti likes to dance, act, and explore her creative expressions via TikTok. She also loves trekking, bicycling, as well as traveling and exploring new places. Lam Butti  has received a Trekking Guide License Course as a part of Mira Rai Initiative’s program and now is one of the licensed trekking guides from Nepal. 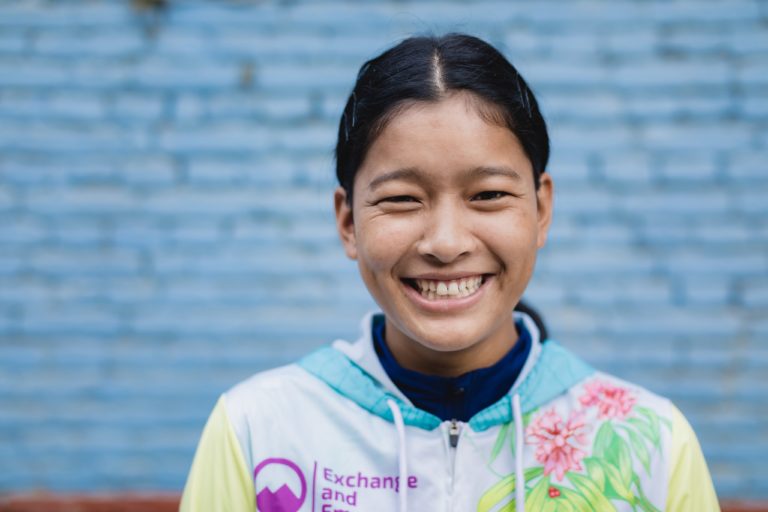 Khendo Lama is the younger sister of Lam Butti. She initially started out with football and later got into running. She used to run with her sister from a young age in school where they participated in the Presidential Running Shield race and other local events and races organized in the school such as the Children’s Day race. She won the gold medal in the Presidential Running Shield for three consecutive years while she was in Grade 7, 8, and 9 whereby she ran 3km, 5km, and 3km respectively. She was given the opportunity to participate in the race by her teachers when they saw her perform well during the training.

As long as she is able to deliver and perform well, Khendo wants to run and pursue a career in trail-running and is training and working hard for the same. In her spare time, Khendo loves to travel. Like her sister, Khendo also has a soft spot for football, dancing, acting, and is fond of TikTok. In the future, Khendo would like to pursue her graduate degree abroad and wishes to be self-sufficient. Khendo also recently enrolled for a Bachelor’s degree in business studies and just like her sister, she is also juggling with her college, races, and training. As a part of Mira Rai Initiative’s program, Khendo has also received a Trekking Guide course and is now a licensed trekking guide in Nepal. 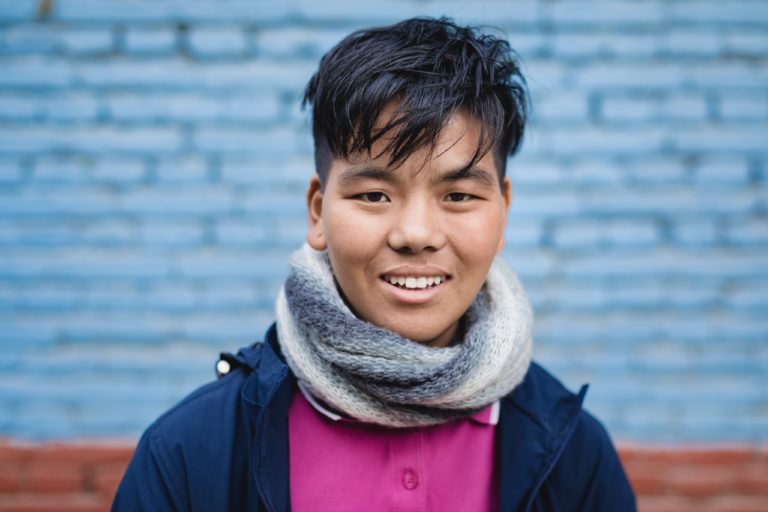 Originally from Khijidemba rural municipality in Okhaldhunga district of Nepal, growing up, Pasang has always loved sports, especially Volleyball and Football. She mostly spent time with the boys for the same reason as there weren’t many girls in sports. During the games, she even led the boys Volleyball team in her village. Her home village is still very remote where they have to walk up to 3 hours to reach the nearest bus station. Coming from a humble background, her parents did not support and appreciate her enthusiasm for sports much as it does not have any rewarding career prospect in Nepal. It is also challenging for low-income families like Pasang’s to spend their money on shoes, gear, and any other costs associated with sports where it is not a priority and considered even an extravagance given their circumstances. However, it was her cousin brother Ang Chhepal who supported her passion and looked after Pasang’s participation fee and costs for any sporting events including the Pikey Demba race held in Okhaldhunga. It was the first race she had ever participated in her life where she bagged the fourth position.

It was during that race where Pasang came to know about the Mira Rai Initiative and how it supports aspiring female trail-runners. Pasang was immediately interested and asked to be recommended for the program. Her cousin brother encouraged her to move to Kathmandu as there are more opportunities in the capital than her village and also helped her try out for the national army. At the time Pasang was also selected for the Exchange and Empower program which further motivated her to move to Kathmandu. Since then Pasang has been training and participating in local races within and outside the Kathmandu valley. She is currently taking English language classes and has taken mountaineering and trekking guide license training and basic canyoning training in the past. In the future, Pasang aspires to be a successful trekking guide and sustain herself. She would also like to continue her higher studies. 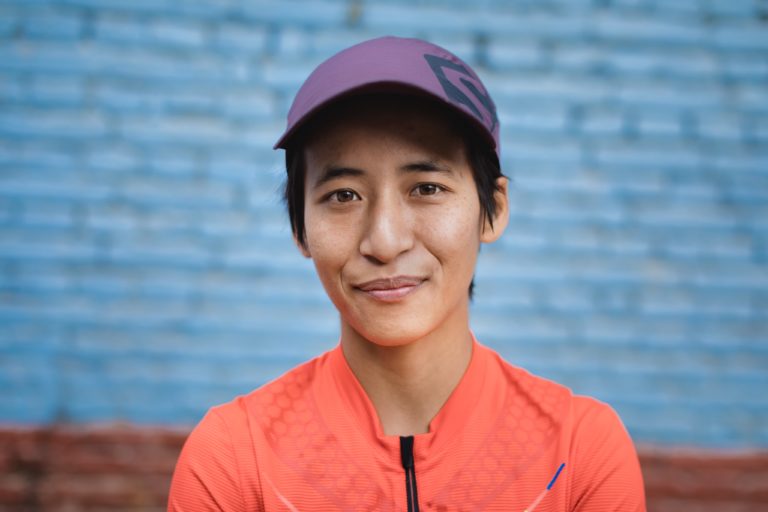 Born and raised in Taskar village of Bhojpur district in Nepal, Prativa’s home is an hour away from the main market. Growing up, Prativa used to race from home to school and vice-versa as there was no transportation around during that time. Her school was in the main bazaar area which also meant that it was an hour commute daily back-and-forth throughout the mountains. However this did not deter her from racing back home with the boys every day from school (and beat them while at it) which subsequently sparked her interest in running. When in school, she competed in the Presidential Running Shield competitions whereas upon graduating the 10th grade, her love for sports motivated her to train in boxing and martial arts.

As a part of her training regimen for boxing, Prativa used to run with her peers and slowly started running in the trails. She officially participated in the trail running event in 2016 which was organized in honor of Mira Rai. Back then Prativa did not know a thing about trail race and now when she recalls her first race, she smiles as she reminisces how she was running with a backpack. As an avid lover of nature and outdoor adventures, Prativa loves traveling and exploring scenic natural landscapes. When she realized that trail running was the perfect amalgamation of her passion for nature and sports, there has been no looking back for her as she absolutely fell in love with the sport. Prativa has also received Trekking Guide License training as a part of Mira Rai Initiative’s program and is now a licensed Trekking Guide in Nepal.

Prativa then started participating in local races in her village and secured second place in the 4th edition of Bhojpur Trail Race in 2019. She was then recommended for the Mira Rai Initiative’s Exchange and Empower program and has been a member of the program since May 2019. She is currently enrolled in a Bachelor’s degree program in Management and looks forward to graduating soon. One of the appealing factors of the program for Prativa was the opportunity to participate in races that would take her to some of the most remote and exotic locations in Nepal. Going forward, Prativa sees herself pursuing a career in outdoor adventure sports such trail-running or trekking sector. She also wishes to continue her passion for trail running, boxing, cycling, and outdoor adventure sports no matter where life takes her. 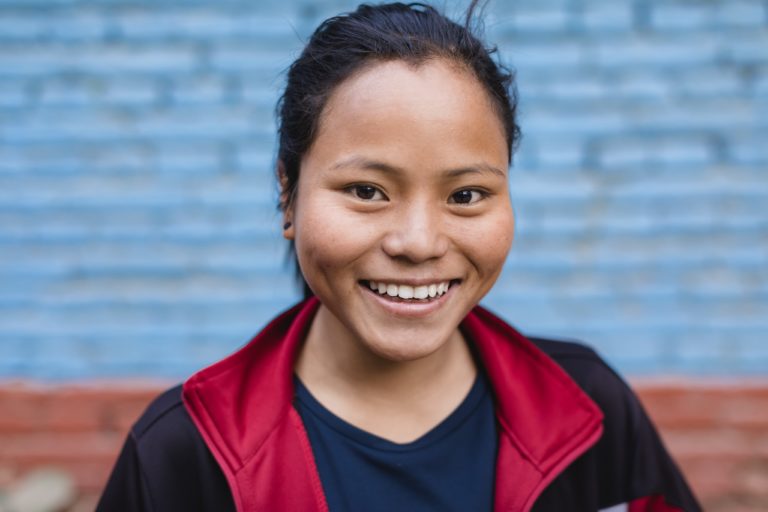 Originally from Khotang, Ainselukharka rural municipality, Priya moved to Kathmandu in 2014.  Prior to moving to Kathmandu, Priya used to live in the district headquarter of Khotang, Diktel, to pursue quality education whereby she was supported by her elder sister. Priya now lives a humble and simple life here in Kathmandu with her mother, elder sister, and brother while her father moves back and forth from Khotang to Kathmandu.

Priya is multi-talented as she is not only a bona fide trail-runner but also a good singer, cook, and national rugby player (under 19 age-group). She also has a passion for outdoor and adventure sports such as canyoning, climbing, swimming, cycling, kayaking, bungee jumping etc. She is also an advocate of LGBTQ community and their rights and would like to be involved in social work someday. Before she started trail-running, Priya was also a taekwondo player and one day while she training and going for a morning run, she stumbled across Mira’s photograph and story on a newspaper. Since then, she harbored a dream of meeting Mira Rai whom she had already envisioned as a role model by then. Luckily she was able to contact Mira Rai and during their interaction, Mira invited her to participate in the 3rd Edition of Bhojpur Trail Race, a local charity race organized by Mira in her home village, Bhojpur. It was the year 2018, and Priya participated in her first official trail-race in Bhojpur where she finished the race in third position.

This was the beginning of Priya’s trail-running career where she finished almost last in a couple of races including Sindhupalchowk 12 km race (23rd position) in 2018 but this did not deter her determination and focus from improving and bettering herself at the sport. Fast forward a year later, Priya was selected for the Exchange and Empower Program 2019 batch after she smashed the Bhojpur Trail Race in 2019 and won the 36 km race in the female category. Since then, Priya has participated in numerous races and bagged first position in Manaslu Trail Race, 2019, Sindhupalchowk Trail Marathon (56k), 2019 etc. Priya even secured 5th position in the Golden Trail World Series (GTWS) 2019 42 km finale that was held in Annapurna where she competed against some of the best, elite runners from all around the world. Priya wishes to continue her journey in trail-running and excel at it.